BELIEVERS OF ABRAHAMIC FAITH ARE PROUD OF JESUS, NOT ASHAMED! 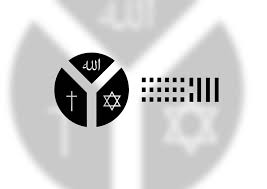 Bible says… “Be kind and forgive one another as God forgave you.”  – Ephesians 4:32 esv

Abraham is traditionally considered to be the first Jew to have made a covenant with God. Judaism, Christianity, and Islam all recognize Abraham as their first prophet, they are also called the Abrahamic religions..

The Abrahamic religions refer to three sister monotheistic religions (Judaism, Christianity, and Islam) that claim the prophet Abraham (Hebrew: Avraham אַבְרָהָם ; Arabic: Ibrahim ابراهيم ) as their common forefather. These religions account for more than half of the world’s total population today.

In modern times, leaders from all three Abrahamic faiths have begun to interact and engage in constructive Inter-religious Dialogue. They have begun to acknowledge their shared spiritual riches to help overcome the pains and prejudices of past eras and move forward to building a world of religious co-operation.

Should all followers of Abrahamic faith be PROUD of Jesus?

Be proud of Jesus because Jesus was a model for behavior and social harmony.

Be proud of Jesus because Jesus taught His followers to love their enemies as God loves them.

Be proud of Jesus because Jesus taught His followers “Be kind and forgive one another as God forgave you.”  – Ephesians 4:32 esv

Be proud of Jesus because Jesus taught His followers “If you love only those who love you, what is great in that?”  –  St. Matthew 5:46.

Be proud of Jesus because teachings of Jesus Christ are worthy of PRIDE, every word that came out of the lips of Jesus had a meaning.

It is our hope that historians, theologians, scholars, and church leaders would consider it as their duty to address the Biblical significance of being proud of Jesus which is one of the single most important things to be a true believer.  Luke 9:26, Mark 8:38, Romans 1:16 Whoever is ashamed of me and my words…

Our ultimate mission is to build a global community of the Believers of Abrahamic faith who are PROUD of Jesus, not ashamed.

Let’s hope ‘PROUD OF JESUS’ will soon become part of the sermons in Churches, Synagogues, Mosques and temples of all denominations in the years to come.

Shared Beliefs of the Abrahamic Religions

Jews, Christians, and Muslims share a belief that God, their Creator, has “spoken” to humankind over time. The word for this divine communication is “revelation.” It comes from the word “reveal,” which means “to make visible or apparent.” – All the monotheistic faiths believe that God revealed Himself to certain individuals, called prophets, over the course of human history.

Let’s hope that “PROUD OF JESUS” family of  publications will transcend churches of all denominations and will become part of the sermons of church leaders world-wide to bring glory and honor to Christ in a much more meaningful way in the years to come.

According to the Abrahamic faiths, prophets are human beings chosen by God as bearers of revelation to other human beings. The monotheistic faiths believe major prophets received revelations that have been memorized, recited, and written down in holy books or scriptures over the centuries, while other prophets were inspired to teach people.  While Abraham is a key figure in all monotheistic faiths, he is not the first individual of faith:

The Abrahamic religions differ, however, over two of these individuals: Jesus and Muhammad, who lived about 600 years apart. Among the three Abrahamic faiths, only Muslims believe that Muhammad was a prophet and that he was born in Mecca in about the year 570 C.E. They believe that he received the final revelation from God: the holy book called the Quran.

Believers in the Abrahamic faiths have preserved scriptures and traditions of the prophets, and the story of their unfolding in human history. They continue to write, recite, and study the words of revelation that were first communicated orally, then later recorded in books.The three main scriptures include the Torah, Bible, and Quran.

The scripture of Judaism is the Torah, which is the first part of the Tanakh. The Torah contains the revelation that was given to Moses. The Tanakh includes the Torah and the books of the Prophets, the Psalms, Proverbs, and other writings. It includes 24 books in all and contains history, law, poetry, and song. It is written on a scroll and recited in Hebrew as a part of Jewish worship.

The scripture of Christianity is the Bible, including the Old Testament and the New Testament. The Old Testament is the Hebrew Bible of Judaism, which includes the first five books, called the Pentateuch by Christians. The New Testament includes the books that describe the life and teachings of Jesus and the history of the early Church. The Bible is comprised of writings compiled by many authors over time, as the titles of sections within it indicate. Christians believe that God inspired these authors. There are 66 books in most versions of the Christian Bible.

The scripture of Islam is the Quran. It consists of 114 chapters called , and over 6,000 verses called . Muslims believe that God revealed the Quran to the Prophet Muhammad through Angel Gabriel over a period of 23 years. The Quran describes and affirms the basic spiritual and moral messages of the Torah and the Bible. The Quran’s text states that it is a continuation of God’s message to humankind from earlier revelations.surahsayat

Another concept common to the Abrahamic faiths is the Messiah, which refers to the one who is chosen by God for a specific holy task. Literally, it means one “upon whom oil is rubbed or poured to signify their appointment to a high honor and mission.”

Adherents of the Abrahamic faiths have varying views of the Messiah.

The monotheistic tradition of God includes the idea of a covenant, or promise, of God. The covenant is a trust placed upon human beings to believe in God, to worship only Him, and not to worship any other gods.

All three Abrahamic faiths share many ideas about the nature of God as the Creator of the Universe. What’s more, the scriptures describe God’s characteristics, or attributes. They include His justice, mercy, and power over all of Creation.

Another shared concept of God is that He is omnipresent, or present everywhere at all times, and not distant or removed from the world. And each human being can approach God and become nearer to Him, through prayer and other acts of worship.

Theology is the study of the nature of God. It developed as an important intellectual tradition in the Abrahamic faiths. Theologians have written thousands of books discussing the characteristics of God, trying to grapple with ideas that seem to contradict each other and affect the human condition.

Meanwhile, the idea of evil in the world and disasters that happen to innocent people seems to contradict the idea of a merciful, benevolent God. These questions concern people in traditions other than the Abrahamic faiths, but there is much shared philosophy among them.

The scriptures of the Abrahamic faiths describe the promise of God to judge all human beings on Judgment Day. After humans have died, they will be rewarded or punished according to God’s justice. The promise of God is for eternal life after death, in a heavenly paradise. Equally, those who do evil will be punished in Hell.

All of the faiths believe that God requires human beings to show mercy to others and do good deeds, such as helping others. In return, He will reward those who have faith and do good works in this world.

Some Christians differ over the importance of having faith versus doing good works. They believe that human beings are only granted salvation by the grace of God and His mercy, not by virtue of good works.

However, the scriptures indicate that the most important thing for human beings is to have faith in God; He will grant mercy to whomever He wills, and forgive their sins or wrongdoing.

Let’s hope historians, theologians, scholars, and church leaders of all denominations would consider it as their duty to address the Biblical significance of being proud of Jesus and His Gospel which is one of the single most important things to be a believer. ( Mark 8:38, Romans 1:16, Luke 9:26 )

IS JESUS WORTHY OF PRIDE?

– Jesus was a model for social harmony. Jesus taught His followers to love enemies as God loves them.

– We pray that we would never be ashamed to stand up and tell others about what HE has done for us and what HE wants us to do for them. Let’s have the courage to stand and say, “I’m proud of Jesus Christ, not ashamed” Amen.

Be kind and forgive one another as God forgave you. – Ephesians 4:32 esv

Bible says…Jesus is a friend of believers. John 15:14

Glory to Christ is not possible without being PROUD of Jesus and His Gospel. - news@proudofjesus.com